To mark the International Day to End Violence against Sex Workers, December 17th 2022 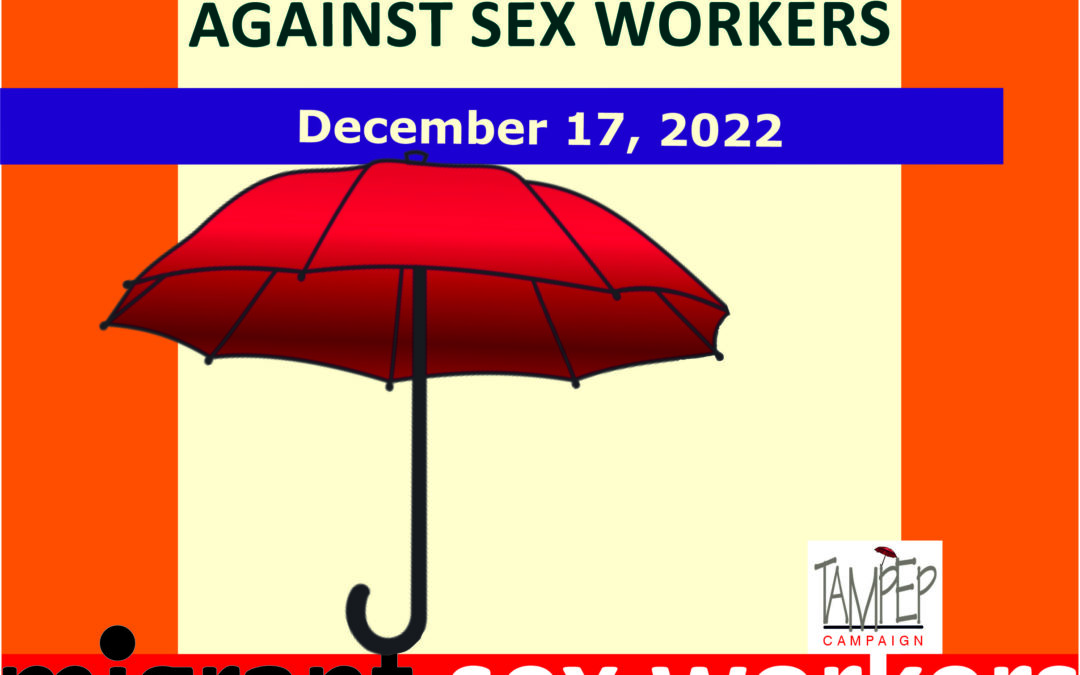 We demand the recognition of labour and migration rights as a way to combat stigma and violence against sex workers.

Physical attacks, psychological violence, even murders, continue to afflict sex workers every day in Europe and around the world. Killings of sex workers, especially of migrant sex workers, street-based and transgender, are commonplace. In 2022, many sex workers have been murdered in Europe, but no effective actions have been taken to prevent it.

WHAT IS VIOLENCE AGAINST SEX WORKERS

On November 16th 2022, three migrant female sex workers were killed in Rome at their workplaces. They were killed by racism, by the violence of a whorephobic and sexophobic system, by people who think their lives are worthless because they are whores or migrants. Whom cares the death of a whore, moreover if she/he is a migrant, treated as illegal and without the right to exist?

The violence, stigma and repression sex workers experience isolate them and increase their vulnerability. Sex workers are everywhere, yet no one sees them, except when they serve as pawns to be played in the public debate to justify repressive laws or actions to “protect” them, in the name of a not-so-hidden paternalism that would like to have control over their bodies.

On this day, sex workers and allies from across Europe ask you to join us, ask you to listen to sex workers, and stand up BY OUR SIDE to demand an end of ALL forms of violence against sex workers!